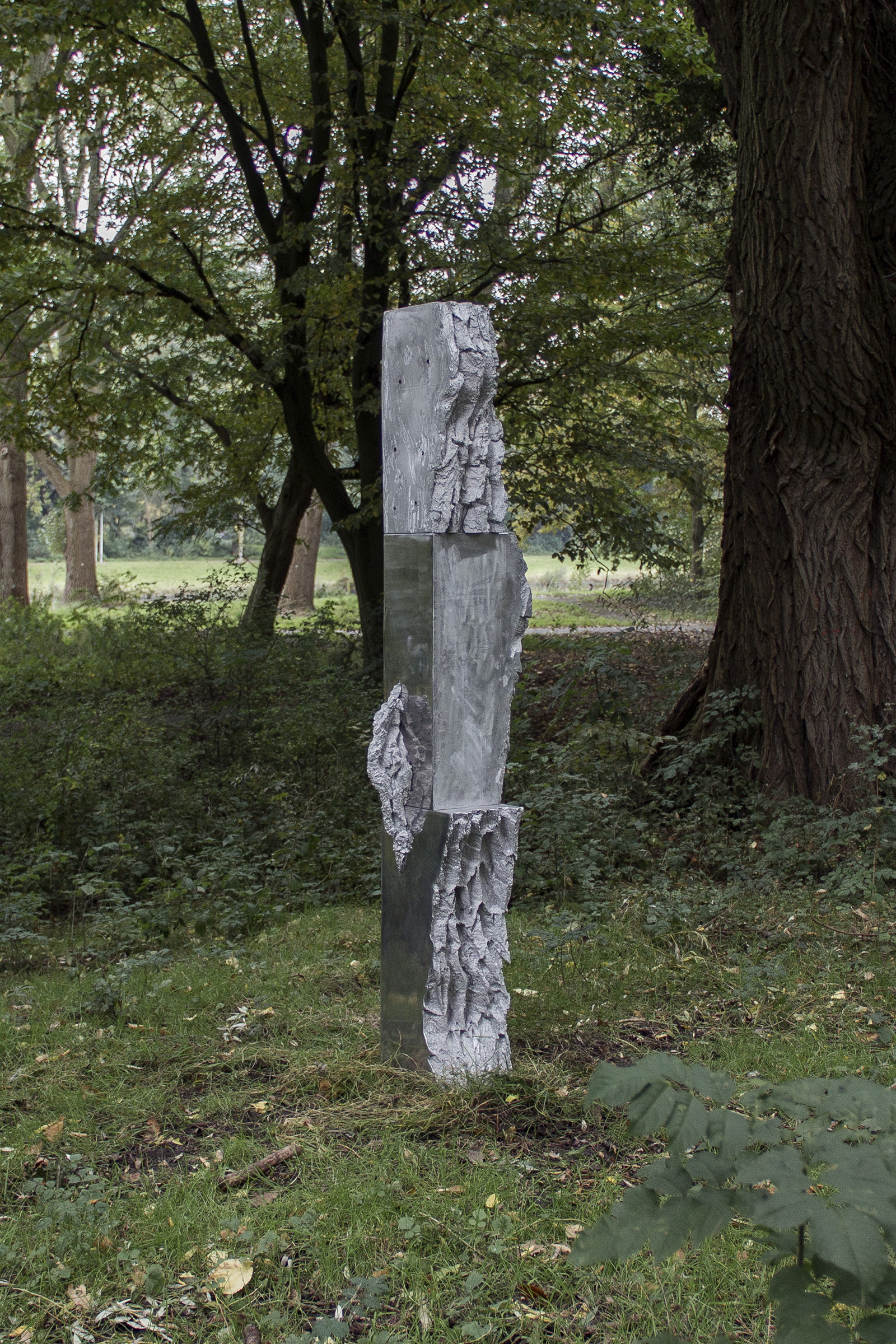 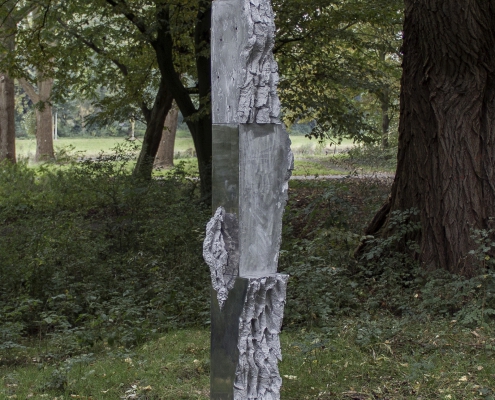 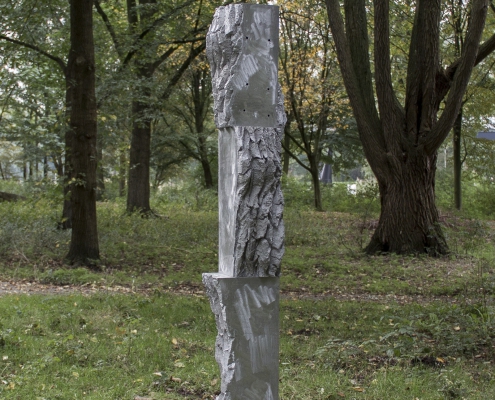 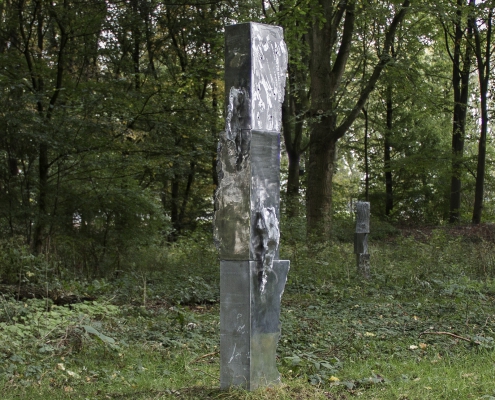 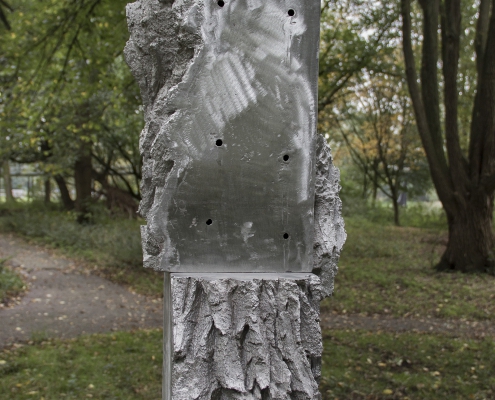 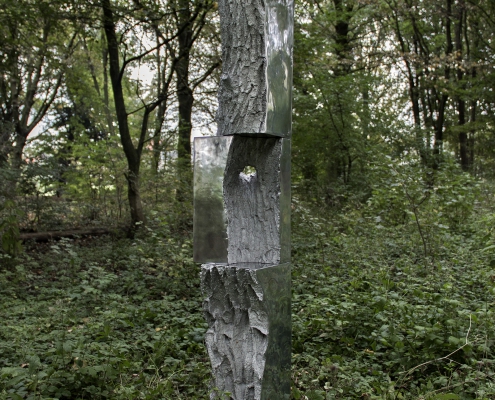 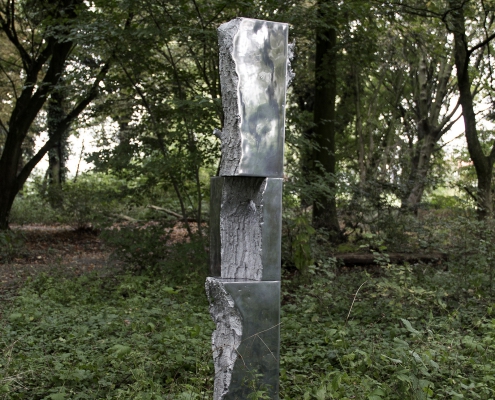 Universal Expander is an ongoing series of paintings, drawings and sculptures, in which Björk explore the notion of universe’s expansion at different levels (micro and macro). The artist is interested in how various structures and things expand and collapse, and how this relates to human development and our concept of ourselves – how thoughts and matter shape and reshape.

Björk was recently commissioned to make a permanent work for public space in Jönköpings Kommun, Sweden. For this assignment, the artist made a series of aluminum sculptures of varying sizes and formations reminiscent of cross-sections of trees; where the positive cast of each section is accompanied by one negative cast of that same part – like a reflection. These casted sections are stacked on top of each other, and show imprints that clarify the unique identity of each tree: its structures in form of branches, twigs and bark.